I’ve had the privilege of working and training with Beahm for the better part of two years now. There are very few people who are more dedicated but still really fun to work with — both as a coach and CrossFitter. I don’t even know where to begin trying to pick my favorite moment with him or his best quality, but I think what I love most about Beahm is that he constantly seeks improvement and more out of himself but has a great attitude and genuinely has fun doing so. If Beahm could have 5 more hours in a day and 2 more arms to rip bars with he would. 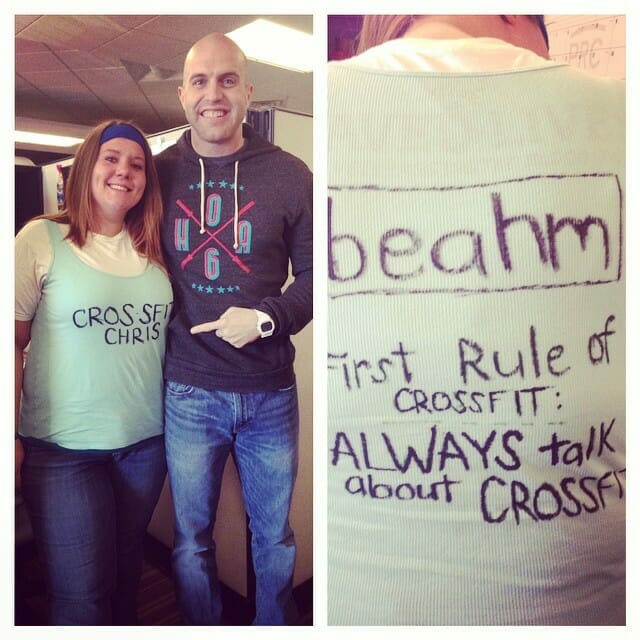 You can sometimes read it on his face that he doesn’t like having to make choices about workouts or what to do when he comes into Fringe, he wants to do it all. He loves what he does so much that his coworkers apparently even dress up as him for Halloween…

Congratulations Beahm, you are November’s CrossFitter of the Month! 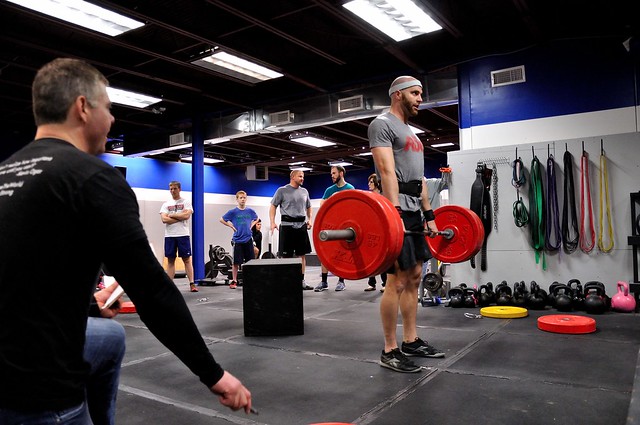 How long have you been attending CrossFit Fringe, and what brought you here?

I just had my 2-year anniversary on September 17th. Prior to CF, I would cycle every chance I could get. Then one weekend, Mr. Jeff Bailey, who had only been on his bike a few times that fall, absolutely crushed me on a bike ride; I’m pretty sure it was the annual MS150. I asked what his secret was and he told he’s been doing this thing called Crossfit. I loathe losing to Jeff Bailey, so, that next week, I signed up for ONRAMP at Crossfit United and I’ve never looked back.

Since starting at CrossFit Fringe, what has changed about your lifestyle or outlook on life?

To me CF is way more than just a gym; it’s a mindset. You want more for yourself. You expect more from yourself. You’re raising the bar on your own life and all of the sudden you’re accomplishing things that you thought were impossible only a short time ago; both inside the gym, and out. That little crazy voice inside your head that says you CAN’T, well, that little voice is definitely a whole lot quieter since I’ve started CF. “Whether you think you can, or you think you can’t – you’re right.” And that’s how CF has changed my outlook on life entirely. 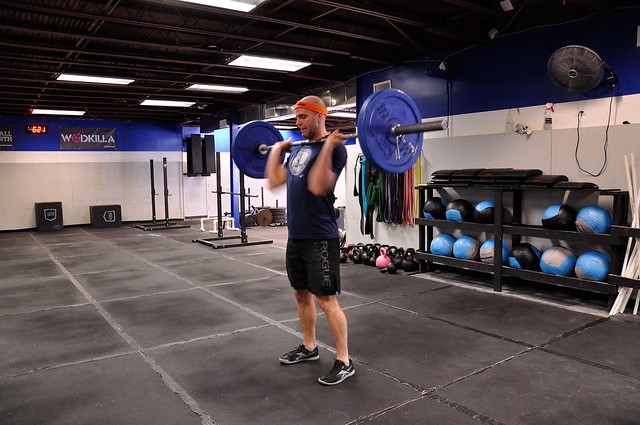 What is your favorite movement/skill?

Heavy”ish” barbell complexes are my fav! All the other movements are just busy work until I get to clean and Snatch again. Least fav…Karen! Her and I don’t have very positive relationship.

What has been the most challenging part of your journey with CrossFit?

The most challeneging part for me? Exploiting weaknesses and conquering goats. You’re only as good as your weakest movement and I tend to forget that from time to time. As much as I enjoy throwing barbells around – – simply typing that gets me excited! – – I need to force myself to grab a wall ball instead or hit some tempo front squats since those are two of my biggest goats. 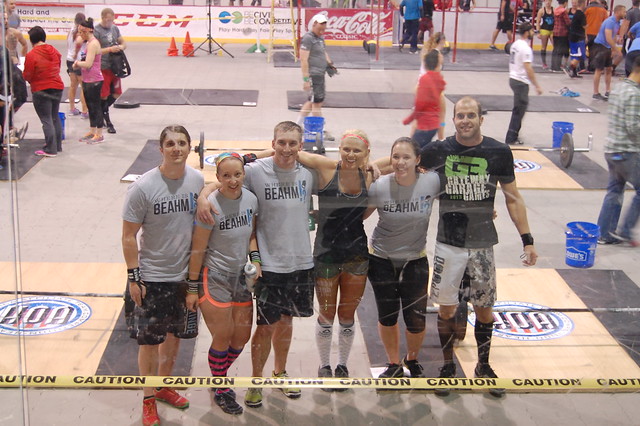 What do you enjoy most about CrossFit/CrossFit Fringe?

Definitely the community. Cliché? Maybe, but true nonetheless. Whether you just hit your first 200# snatch, or your first kipping pull up, or even hit your old PR for a double, you’re always going to have the entire community behind you, cheering you own, giving high fives and encouraging you to be the best you can possibly be. Consciously or Sub-consciously we’re all competing w/ each other which pushes us outside of our comfort zone and when that happens, greatness is born.