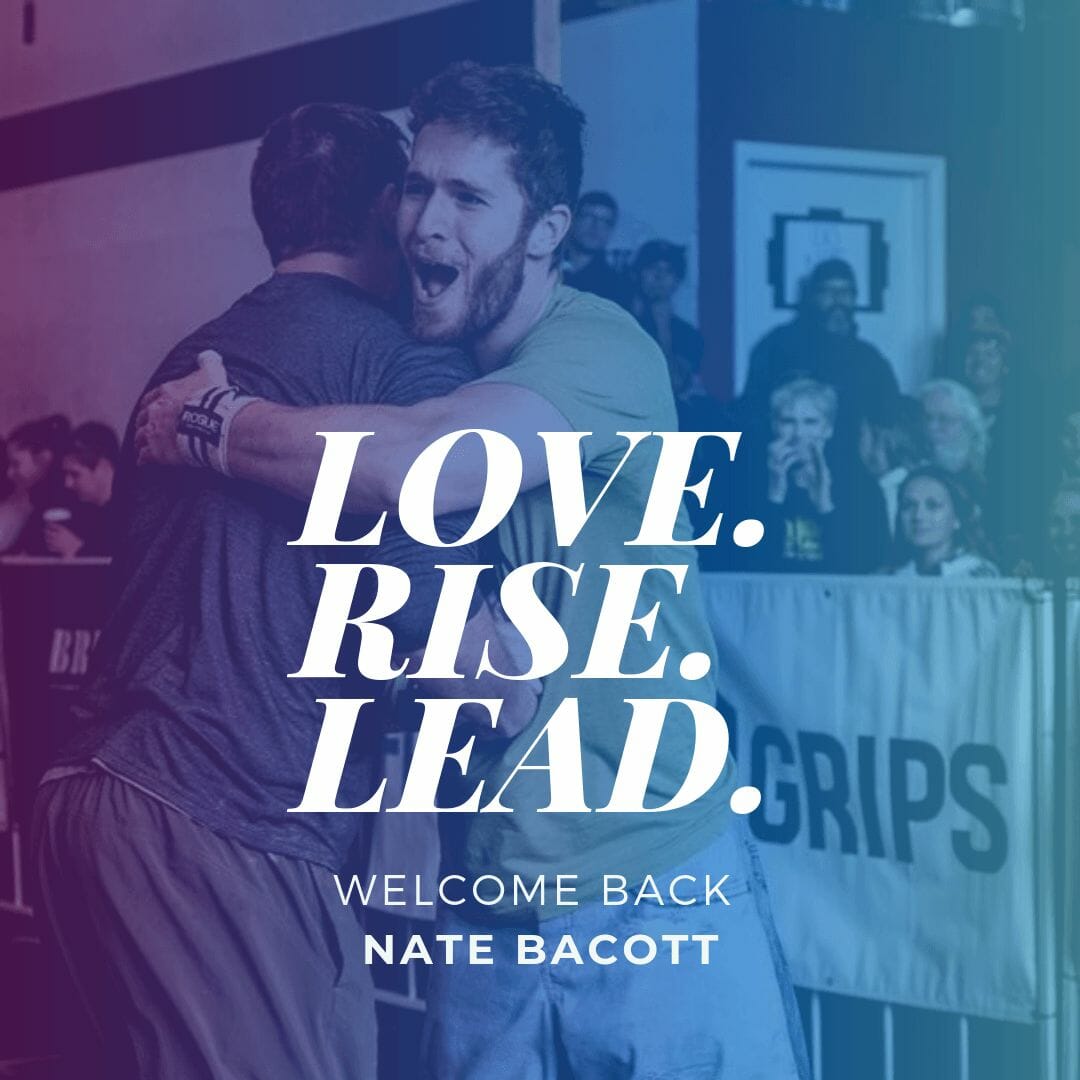 A super peppy, smiling, and hands-on coach with superhuman barbell skills and laser eyes to improve your movements is returning to Fringe to coach full-time. Yes, I said returning. He’s going to coach CrossFit classes while primarily working to improve and grow our Kids program. He’s also going to be a huge asset in developing Personal Training and working with individuals on goal setting and goal attaining. And we’re all going to do copious amounts of lifting that he will watch and make better.

But to know more you’ll have to read the rest of this post.

As we celebrate our 10-year anniversary as one of CrossFit’s first 500 Affiliates, we look around blessed to be part of so much history and accomplishment. We’re unique to be comprised of not only one original community, but four. Across CrossFit Audacity, Iron Wolf CrossFit, CrossFit United, and CrossFit Fringe, there are hundreds of stories and transformations, and each member and coach have left their imprint on who we are as a community and what we value.

We’re constantly evolving, and this has been an especially crazy year of growth. In addition to the incredible number of long-term members, some of whom have been here since 2010-2013, we’ve seen more members join our classes than ever before. And we continue to grow in our Nutrition, Vitality, Personal Training, and Kids programs as well.

To Grow, You Gotta Grow

But we’ve also said a lot of goodbyes. As an affiliate in a college town, it never gets easier. But especially in the past year, several of our staff have moved on to the next stages in their lives. We’re still missing them something fierce.

Even with the goodbyes, we are always dreaming about our next stages of growth. We’ve known for a while that in order to grow more and continue to provide the best CrossFit experience in Mid-Missouri — we would definitely need more help. This got us thinking of all the coaches we know and who we were looking for. Our (very simplified) list came down to:

And then the heavens opened up.

But in a moment we can only describe as pure serendipity, the perfect someone appeared. Someone who gets our brand of CrossFit because our values started with him. Someone who knows our history because he was here. Someone invested in Fringe because he helped build it.

So it feels only too perfect that on the occasion of our 10th Anniversary, we not only get to add to our staff but with our first choice. We are thrilled to announce today that Nate Bacott is coming back to CrossFit Fringe to coach full-time!

Since leaving to relocate to CO in 2015, Nate Bacott has built onto an already impressive resume:

His New Role at Fringe

Nate’s primary role will be to evolve and grow our CrossFit Kids program. Since its inception in winter 2013, Coach Kitzi has done an amazing job building the program. He has had some great help along the way. CoachTyler was there at the beginning for those first few months and then was replaced by Coaches Kelly and Kyle. More recently he has gotten help from his daughter – our favorite Coach-In-Training Intern Ava, and Coach Eric. All of this happened while these coaches maintained their full-time careers in other areas.

When we first approached Nate, we also talked with Coach Kitzi about his thoughts on the future of the program. Our goal has always been having a dedicated full-time coach for our future adult athletes. Our Kids program has always been held back a bit by limited resources, with our coaches only able to dedicate so much time because of full-time careers. The addition of Coach Nate provides a new opportunity to grow with a dedicated coach at the helm. Who better than someone who has always wanted to work with youth athletes and has coached CrossFit Games teen athletes!

So… when is he going to be here?

Expect to start seeing Nate around the last week of August. His official start date is the first week of September, but knowing Nate he’ll be around as soon as he sets foot in town.